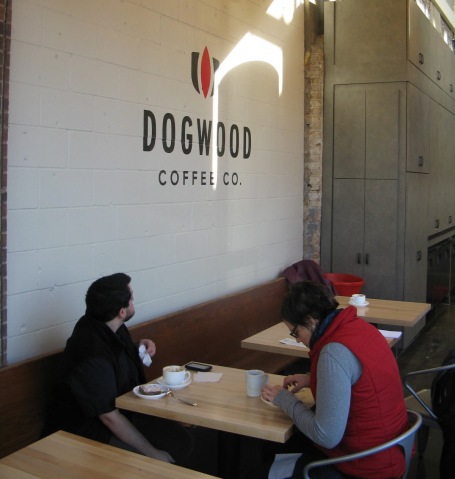 Anyone who has stood in line for a coffee at Rustica knows the drill; that operation, formerly known as Bull Run Roasting Co., was the incubator for this anti-Starbucks Uptowner. I dropped by late last week and talked with owner Greg Hoyt about his new venture.

Hoyt sold majority interest in his Bull Run wholesale operation in September, preferring to concentrate on his burgeoning retail business. “It was the right time to splinter this thing off,” Hoyt said. “You should have seen the lawyers figure out the non-compete.”

Don’t go here for a French roast, or a shot of amaretto syrup in your pumpkin-spice latte. The beans are scrupulously sourced from small-batch growers, and coffees are served in single 10-oz. pours. “We’re not snobs, or jerks, we’re just seeking amazingly exquisite coffee,” Hoyt said. “This fits hand-in-glove with what’s happening with beer, with charcuterie. It’s another intersection.”

Customers are greeted by a center-counter concierge, and are directed to the right for straight-up coffee — made using a state-of-the-art Clover single-cup device, an $8,500 investment — or to the left for espressos and lattes from a sleek Aurelia model Simonelli machine, the same instrument used in high-pressure Barista competitions. 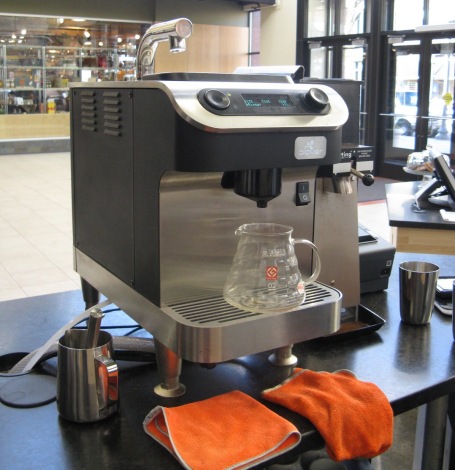 The Clover, the Maserati of single-cup coffee makers.

“We spent more on equipment than on furniture and fixtures combined,” Hoyt said, gesturing to the large wall of gray laminate-finished cabinets lined up behind the coffee bar. “I’m hoping that people don’t come here for our cabinets, they come for the coffee.”

Another cool tool: the Uber-Boiler, which delivers water at precise, accurate temperatures. “Not in the boiler, but at the spout,” Hoyt said, and yes, there’s a difference. There’s also a built-in gram scale to ensure exact proportions of water to coffee. A lot of details go into making a perfect cup of made-to-order coffee. 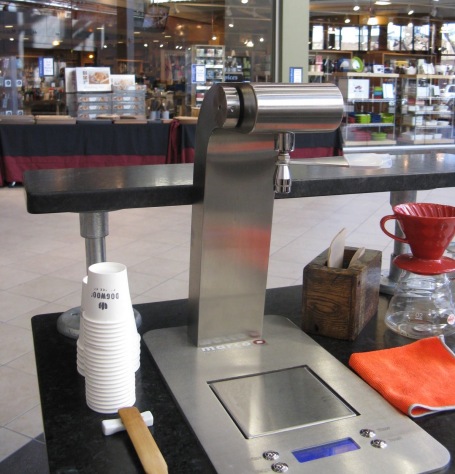 No, it’s not a tap for Summit Extra Pale Ale. Its the Irish-made Uber-Boiler, which delivers water at an even 94 degrees Centigrade at the cup. “it’s the most consistent brew process,” said Hoyt.

Rustica provides the small (too small?) selection of seriously good baked goods. The heavy, off-white mugs — a color chosen to highlight the coffee — are fashioned by St. Paul potter Todd Holmberg. Espressos state the percentage blend of each coffee. The pearly, iridescent milk comes from Autumnwood Farm, a grass-fed farmstead dairy in Forest Lake. “We wanted to have a Minnesota dairy,” he said. “It’s unbelievably expensive, but it’s worth it.”

My favorite seat: In the window, at a long, beautiful bar made of reclaimed wood, one of the many fixtures designed by barista Keith Mrotek. “I thought it was important to have a barista who would be working here four or five days a week to direct the design,” he said. “Finally, my two passions — coffee and design — have come together.”

Hoyt isn’t stopping at Calhoun Square. “We’re going to recreate this coffee bar in another space, with a roaster and a coffee lab, the likes of which the Twin Cities has never seen,” Hoyt said. “A cafe, research and development and training and education. We’re looking at Northeast Minneapolis. That seems to be a really intriguing area.” 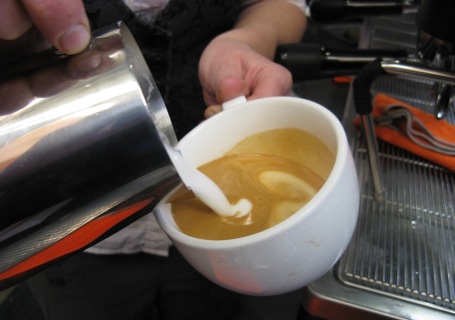 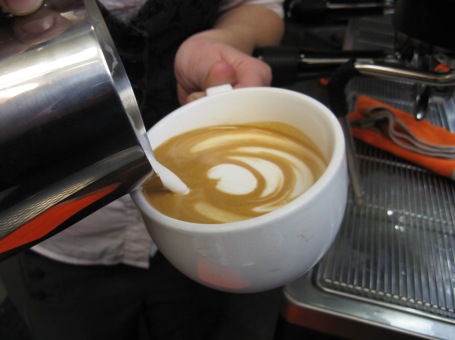 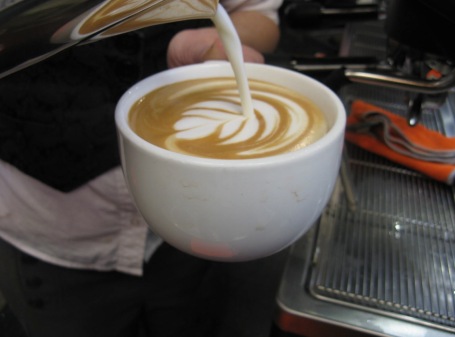 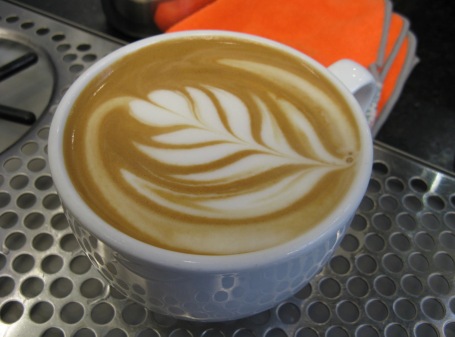 The artful combination of steamed milk, 15 seconds and the skilled wrist of barista Kayla Bothun turns a Dogwood latte into a drinkable thing of beauty.

Want to learn more? Drop by on Thursdays at 6 p.m., when Dogwood offers free cuppings, “Coffee is a journey, not unlike wine,” Hoyt said. “When we use words like ‘caraway’ or ‘caramel’ to describe coffee, we’re not taking a page out of the ‘Coffee For Dummies Handbook.’ People should experience that, and they won’t think the same way about coffee after experiencing a cupping. That said, we’re not dorks about it. It’s just coffee. We also want to educate people on how they can brew coffee at home. You don’t need $15,000 of equipment to make good coffee at home. Our cuppings are free, and no one leaves empty handed.”

How can Brewed Behavior help you?

The cost of an unclear plan or lack of information is often an increase in competition and a decrease in market share. Brewed Behavior provides education and guidance to those who are truly committed to success in the specialty coffee wholesale market.

We utilize demographic studies and consumer behavior trends to determine your unique value proposition. We provide you with the tools to build a customized infrastructure and solid wholesale branding—from growing and roasting coffee to identifying and delivering to your customer.


Coffee business owners from around the world have sought Bellissimo Coffee InfoGroup’s expertise, from single cafés to drive-thrus to major chains, from entrepreneurs to Fortune 500 companies. Bellissimo’s knowledge, insight and industry credibility can help you achieve success in specialty coffee retailing.

It's not just a business... it's a behavior.